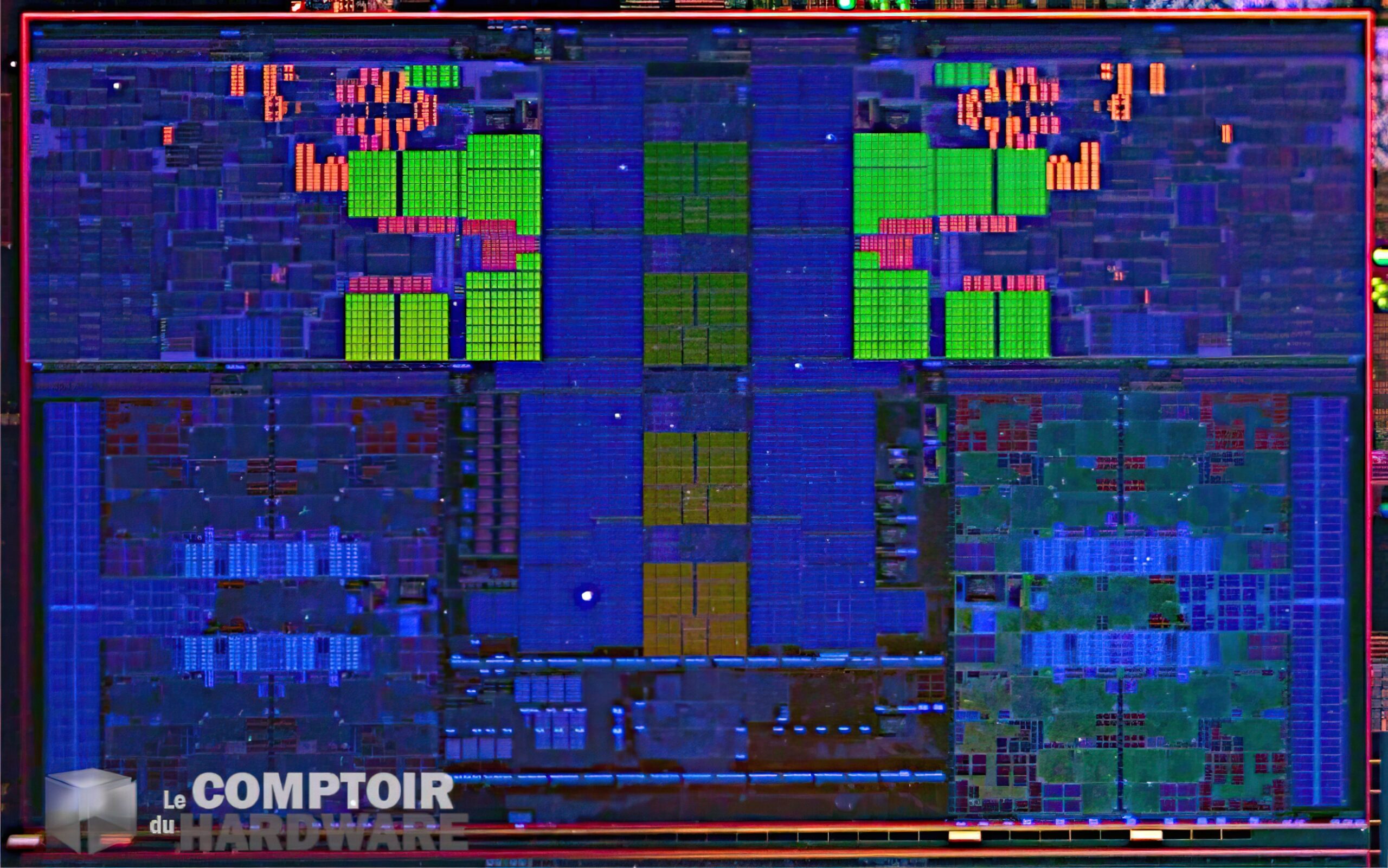 Intel gave a first look at its 14th-gen Meteor Lake CPU and its die-shot at the Vision event, as pictured by Le Comptoir du Hardware† The tech outlet managed to get a close-up view of one of the most important parts of the CPU, the computer matrix with two next-gen Core IPs.

The Intel 14th Gen Meteor Lake’s Compute Tile was one of the first parts of the chip to stick and achieve Power-On† Since then, the whole chip has reached Switch and is on track for a 2023 release. That said, Intel gave those attending the Vision event a look at two Meteor Lake packs first, a standard design and a high-density package. Both packages will target the mobile segment.

But it looks like Intel has also taken a close-up on the die shot of its next-gen Meteor Lake CPUs. The French tech outlet is giving a first look at one of the four tiles that will make the 14th generation Meteor Lake CPUs and it’s the computer tile. The tile has been reassembled from a hybrid design that uses two different core IPs, the Redwood (P-Cores) and the Crestmont (E-Cores).

die-shot decoder, @Locuza_, gave a much better summary of what we’re looking at. It seems that the Intel 14th Gen Meteor Lake CPU has 2 P-Cores and 2 E-Core clusters containing a total of 8 E-Cores. Each of the P-Cores has 2.5-3.0 MB of L3 cache, while each of the E-Core clusters has 2.5-3.0 MB of L3 cache. As for the L2 cache, the Redwood Cove cores seem to have 2 MB versus the 1.25 MB on Golden Cove, while each Crestmont cluster seems to have 2-4 MB of L2 cache.

This appears to be an early example of an entry-level 2+8 (12 core) Intel Meteor Lake CPU. The chip is fabricated on Intel’s 4 (7nm) process node, while the GPU tile is said to have been fabricated by TSMC and then packaged into a single unit. It will be interesting to see the new design in action when it comes to life at CES 2023 next year. The Intel Meteor Lake family will scale all the way from ultra-low TDP 5W to powerful 125W SKUs.

In addition, Intel also provided an early look at the test pattern using RibbonFET (the successor to FinFET) in its next-gen 20A and 18A nodes. Following are the photos courtesy of Comptoir Hardware:

The 14th generation Meteor Lake CPUs will be a gamer changer in the sense that they will adopt an entirely new tiled architecture approach. Based on the ‘Intel 4’ process node, the new CPUs will offer a performance improvement of 20% per watt via EUV technology and will be listed by 2H 2022 (production ready). The first Meteor Lake CPUs are expected to ship by 1H 2023 and availability is expected later that year.

According to Intel, the 14th-generation Meteor Lake CPUs will feature an all-new, tiled architecture, and what this basically means is that the company has decided to go all-out with the chiplet. There are 3 main tiles on the Meteor Lake CPUs. There is the IO Tile, the SOC Tile and the Compute Tile. The Compute Tile consists of the CPU Tile and GFX Tile. The CPU tile will use a new hybrid core design, delivering higher throughput with lower power consumption, while the graphics tile will be unlike anything we’ve seen before.

As Raja Koduri states, the Meteor Lake CPUs will use a tiled Arc graphics GPU, making it a whole new class of graphics on a chip. It is not an iGPU or dGPU and is currently considered tGPU (Tiled GPU / Next-Gen Graphics Engine). The Meteor Lake CPUs will use the brand new Xe-HPG graphics architecture, enabling better performance at the same level of power efficiency as existing integrated GPUs. This also enables enhanced support for DirectX 12 Ultimate and XeSS, features currently only supported by the Alchemist series.