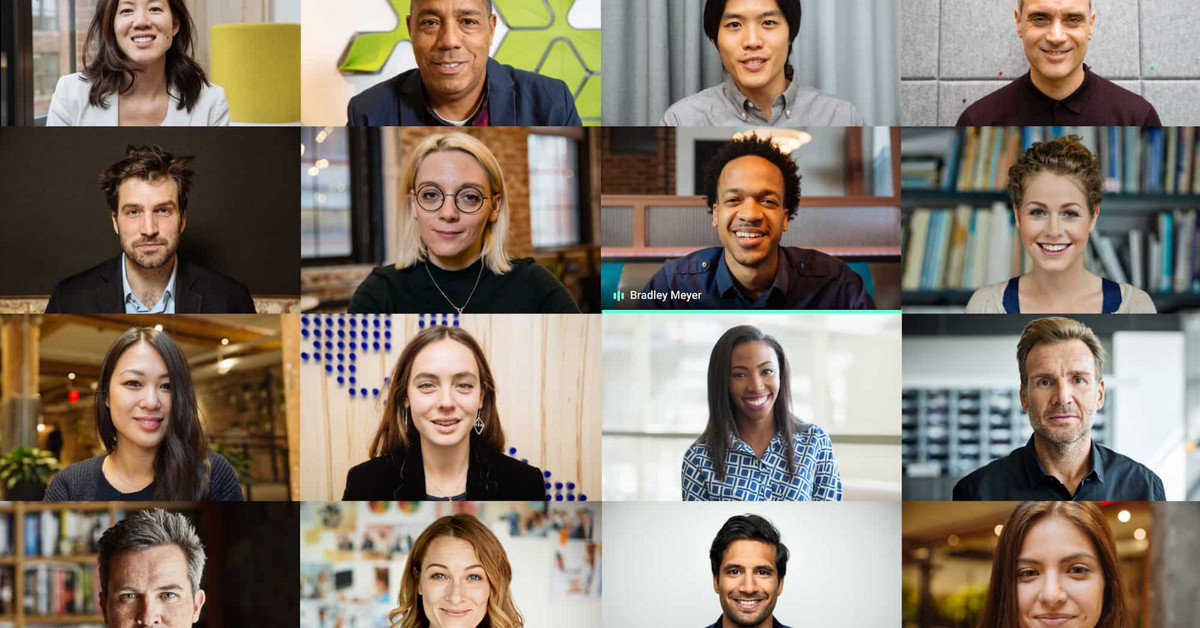 Chances are, you’ve spent the past two years sitting at home, cycling through endless days of virtual meetings, staring into your laptop’s webcam and talking into your built-in microphone. This means you’ve spent much of the past two years appearing in front of everyone as a mushy pile of dimly lit pixels, sounding like you’re yelling from a can. It’s not your fault: your laptop’s webcam is just worthless. And his microphone too. But Google thinks it can solve them both with AI.

Google announced at its annual I/O developer conference on Wednesday that the Workspace team has worked in a number of AI-driven ways to enhance your virtual meetings. Most impressive is Portrait Restore, which Google says can automatically enhance and sharpen your image, even over a bad connection or camera. Portrait lighting similarly gives you an array of AI-based controls over how you’re lit. You can’t move the window to the left, Google seems to say, but you can make Google Meet look like you have one on your right, too. And when it comes to sound, Google is introducing a de-reverb tool that aims to minimize the echoes that come from talking into your laptop from a boxy home office.

Much of the underlying technology here comes from the AI ​​and machine learning work Google has done with his Pixel phones† They have significantly better hardware to work with than your average laptop webcam, but Prasad Setty, the company’s VP of digital work experience, said the principle is the same. “We want to make sure that the underlying software does the same, that we can run it on a wide variety of hardware devices,” he said.

As hybrid and remote working has grown, in recent years the Google Workspace team has been thinking about how to make work a little easier, Setty said. “We want technology to be an enabler,” Setty said in an interview. “We want it to be useful, we want it to be intuitive, and we want it to solve real-world problems.” That prompted the Workspace team to think more about collaboration – hence the meeting tools – but also about how to make working asynchronously more enjoyable.

Google plans to roll out a new tool that will generate automatic summaries of Spaces activity so you can log in and catch up in the morning without reading hundreds of messages. It is also launching an automated Meet meeting transcription service, with plans to recap those as well in due course.

“We want to help people deal with this information overload,” Setty said, using AI to do this. He also said that Google thinks a lot about “collaborative equality” and “equality for representation”, trying to keep everyone on a level playing field, no matter where they are, what technology they use or how they work. One trick for Google, Setty acknowledged, is to help people without getting too involved or making employees feel like they’re being watched by Google or their employer. “The way we think about it,” he said, “is that first of all we want to empower users. And then give them a choice of how they show that information to their teams, and so on.”

After sitting at home all this time, it’s nice to have a few tools to make your setup work a little better, especially the ones that don’t require any new apps or gear. But as people go back to the office, Google has an even bigger challenge for the meeting: solving the hybrid meeting problem, with some people in a room and others on a screen. There is much more to it than good lighting and de-reverb.