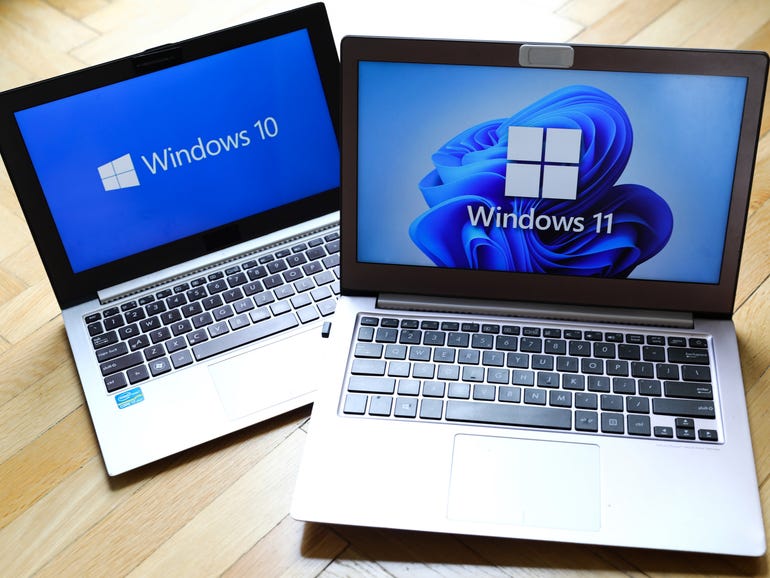 You cannot please everyone.

You’re always irritating, always someone. Because that’s how people are.

Microsoft, however, comes from behind on this one. It has angered far too many people far too many times with far too little justification.

So while it has vastly improved its demeanor since Satya Nadella became CEO, the company doesn’t always seem that prepared to take on anti-aircraft fire.

When Windows 11 came by, there were protests. Many were concerned about the Start menu suddenly appearing in the center of the screen. It is not; besides, it’s so customizable.

Most people may have gotten used to it. Many even like it. But there is clearly a concentrated cabal of users whose feelings are swinging in the direction of disgust. Microsoft doesn’t seem to be able to just let them be.

It’s what you wanted. Real.

Windows Latest reports that Redmond recently reached out to Windows 11 insiders who participate in the Release, Beta, and Dev channels.

The gist of the company’s email seems to be, “Hey, what’s going on? You know the new Start menu has been created, haven’t you all provided your feedback?”

Obviously the words were a little more formal. However, Microsoft also has a YouTube video explaining the genesis of the new Start menu†

The video itself features many wise creatives explaining in wise but simple terms how they were smart and creative.

It begins with a user-researcher named Dragana musing, “The process of design is determined by research. It’s a challenge to understand it.”

People don’t really know what they want. Even if they think so, they may not always be able to explain it.

Soon we will meet another user researcher – how many worked on this thing? Ashley explains, “It’s really easy to design something you like, but that doesn’t mean it will work for everyone.”

There it is. The everybody word. This is what Microsoft was aiming for. This is the basis of pain.

Enter the designers. They tell how they listened more. They explain how they asked many questions. An example: “Should Start be left aligned or centered?”

It can of course be left up to you to fine-tune it, but apparently that wouldn’t work for everyone.

You, the people. We believe in democracy.

And then another designer, this one named Ryan, reveals what he and his team have been up to. He says they made a big decision: “Let’s people tell us how they would like to put it all together.”

A dangerous maneuver, this. Imagine if Steve Jobs had asked people how they would like the iPhone’s home screen. Imagine his patience in going through the suggestions.

At Microsoft they think differently. The company’s research apparently showed that Windows users “made designs that matched what we were already thinking about”.

I wonder if the company has hired some of them.

Was it wise for Microsoft to include this video in his email? Could it have been better to include a video of real users explaining why they like the Windows 11 Start menu so much?

The year-old video had been there, largely unnoticed. Now, however, it is adorned with the recent comments of unfortunates.

Example: “They literally ignore anything people ask for, and they do whatever they want or want. Nobody likes the new start menu, much less the taskbar.”

Nobody? Could that be the case?

There was more: “How can so many companies claim to hear user feedback when they explicitly don’t? Is this the world we live in now? Pretty boring when they think we’re that stupid.”

Do companies think that people are stupid with the same vehemence as politicians, for example? I doubt it.

Some people are apparently much happier with Windows 10.

“The new taskbar is a joke,” says one.

He wasn’t alone. Take this: “Finally MS got it right out of the Windows 10 start menu, so decided to create a new menu for Windows 11 only suitable for a small group of users. Do what you want, but leave the option for US to get the Windows 10 menu back even with tiles without animation.”

Why so negative? Because you asked.

To Microsoft’s credit, it kept the YouTube comments open, something Apple would never do. Well, Microsoft apparently likes to listen to user feedback. However, wading through the abundance of negativity may not have been easy.

Many argued for the return of customization. There was also sharper commentary.

Example: “Don’t patronize your users. You haven’t listened to someone say ‘this is a fundamentally flawed design’, ‘we want the same customization options that have been around for decades’, or ‘these are already solved problems, and Windows is not your art project for Instagram.'”

Perhaps the most compelling criticism was this: “How can Microsoft talk about customization and how they see people organizing their apps as the…[y] If you want, create a start menu that takes away all these customizations.”

There are now 651 comments on this video. The excessive majority appears to be very recent.

At the time of the launch of Windows 11, Microsoft more videos released explain why this new version was totally uplifting.

I’ll never forget one marketing person’s coruscating revelation: “We looked at the Microsoft logo and made it blue.”

Yet I also have sympathy for Microsoft. The company tried to make Windows look just that little bit more visually appealing. Simpler too.

But why Microsoft has now chosen to put dedicated, unhappy users in their self-expression I’m not so sure.

Sometimes you have to let people live with something and make their own choices. Now seems like a good time to refer you to my colleague Ed Bott’s emotionally soothing column: “I hate Windows 11. Can I downgrade to Windows 10?”

Microsoft, you can’t be satisfied everybodyespecially if you’re trying to progress as a beloved brand.

Still, I can confidently reveal that engineers love Windows 11. How do I know? Microsoft says so†