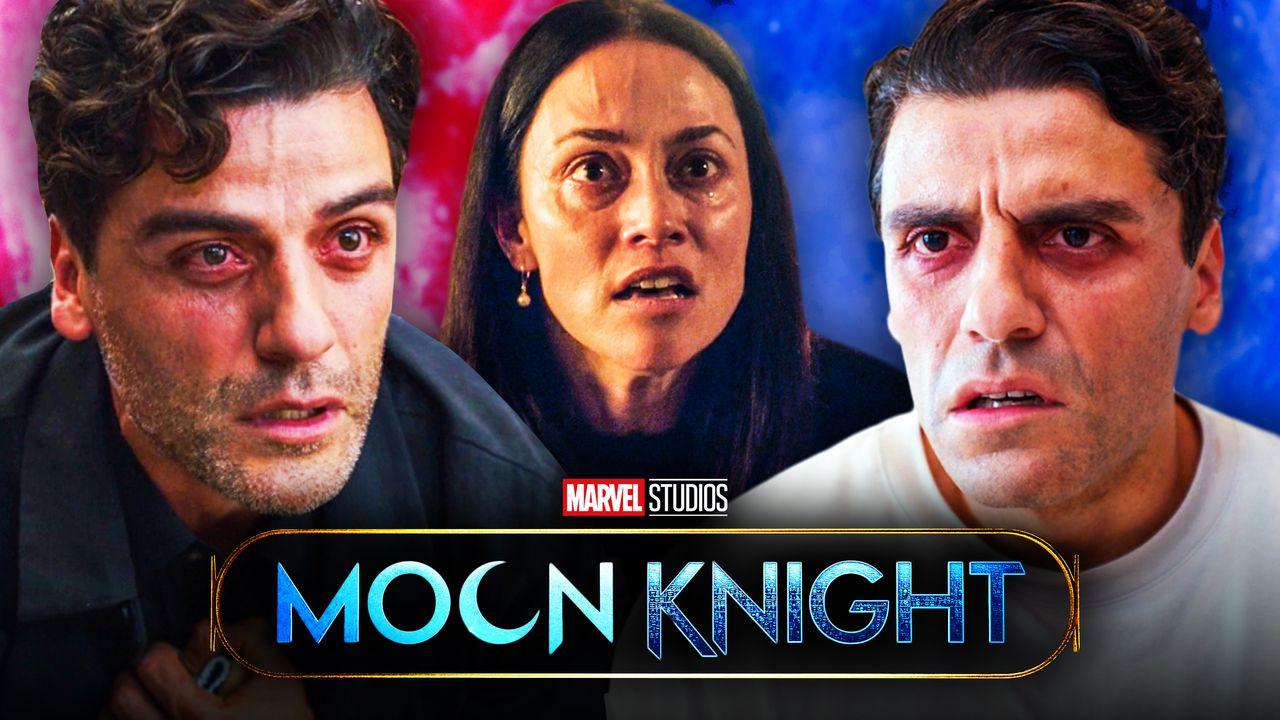 shortly before Doctor Strange in the Multiverse of Madness took over the MCU fandom, the franchise’s sixth Disney+ show came to an end with the final episode of Oscar Isaac’s Moon Knight† The finale set the stage for an interesting journey with Isaac’s Marc Spector in the Marvel Studios story, especially after seemingly leaving Khonshu and the Moon Knight persona behind.

In that final Isaac brought out everything he had in his performance, as did both Marc Spector and Steven Grant, as fans celebrated Steven’s return from the dead in the Duat before the duo returned to the real world. This preceded an epic final battle between not only Marc and Arthur Harrow, but also the Egyptian gods and goddesses Ammit, Khonshu and Taweret, as their Avatars unleashed their full power.

While the final featured many exciting topics to tackle, including the highly anticipated reveal for Jake Lockley, the series was filled with moments of tragedy in almost every episode. Now that all six episodes are available to stream on Disney+, one of the show’s directors shared some of his own favorite moments from scenes that made it to the show and scenes that didn’t.

The Hollywood Reporter talked to Moon Knight director Mohamed Diab, who revealed details about a deleted scene that he hopes Marvel will make public soon.

While praising Isaac as “a genius actor”, Diab revealed that his favorite sequence of his was actually cut from the final episode — one that surpassed his work in episode 5. The scene showed both Marc and Steven facing their abusive mother “in a white void,” perhaps to make peace with their traumatic childhood. Diab mentioned Isaac’s performance “Oscar-worthy:”

“I think he would say I was just encouraging him, but I always tell him, ‘You’re going to win everything,’ because he’s always amazing. He’s a genius actor. The irony is that my favorite scene was cut from him It was on episode 6. As great as everything else was, he actually topped it off with something even better. He confronted his mother in a white void, and he went back and forth between Marc and Steven. Oh my God† That scene in itself is an Oscar-worthy achievement. Hopefully Marvel will release that scene someday, because Oscar was a genius.”

Diab also spoke about what moments from the last two episodes rival the steak scene from episode 1, and mentioned how “the emotional stake is increasing” in the penultimate entry. While teasing that the steak scene is longer, he cited the scene with Marc’s mother’s seated shiva as a key moment when Isaac embodies grief through three different personas at once:

“Well, the emotional stakes increase in episode five. So speaking of the amount of emotional intensity, everything in episode five is more intense. Besides, there was a longer version of that steak scene, which was fantastic, so my favorites are the steak scene and the scene after the sitting shiva when Marc cries on the floor And then Marc and Steven talk about it Oscar did an amazing job of feeling sad about three different people and it was such a great emotional scene I love just from what Oscar was doing there.”

The director also confirmed that Steven was always meant to survive on the show when asked if there was a version where he didn’t come back. Speaking with Dissociative Identity Disorder Experts led to this show being about learning to live with different identities rather than canceling them altogether:

“Never. The journey is about Marc and Steven learning to live together, so you can’t cut one. And by the way, this is something we learned by understanding what DIS is through the experts we had on hand. People with DID learn to live with their identities, not delete one or more of their identities.”

Episode 5 of Moon Knight put Marc Spector in a traumatic situation where he had to face his past, which meant coming face to face with his abusive mother and remembering the period of mourning after her death. While Diab couldn’t handle this scene in episode 6, he made it clear that he wanted Marc and Steven to have a chance to face that horrific past and put it behind them so they could move on together.

This would also have linked the last two episodes more closely, making Marc feel even more complete as he went to war against Arthur Harrow and the goddess Ammit† Where it would have fitted in the runtime is a mystery, but Diab clearly wanted to add another emotional moment to the final episode of Marc’s first season on Disney+.

Mental health played a big role in telling Moon Knightthe story of within the MCU, and while it didn’t all make it into the final version, Diab was adamant that this aspect of the main character’s journey be told as fully as possible.

All six episodes of Moon Knight are now available to stream on Disney+.