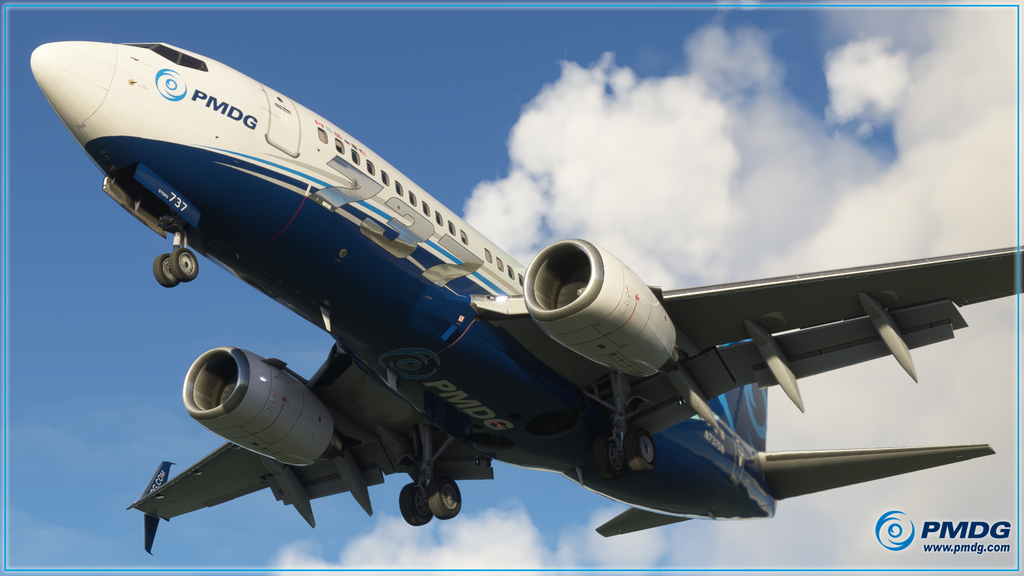 The PMDG 737 series for Microsoft Flight Simulator has been launched, starting with the 737-700 model.

Included in the package is the 737-700 body type, which includes the passenger variant, the BBJ variant and also a cargo variant. According to the genuine 737-700, you can also choose between winglets or split scimitars models.

One of the key features of the product is the massive customization that can be done per livery. You can choose from hundreds of configurable options within the simulator. From changing elements such as the displays to the unit of measurement and much more. A number of liveries can also be installed using the included PMDG Operations Center.

As with other PMDG products of the past, the 737 for MSFS includes deep system simulation. Every action you take as a virtual pilot has an effect on other systems, meaning care and attention must be paid to keep the plane flying correctly. The aircraft also features accurate flight modeling, a custom autopilot function, and a host of other behind-the-scenes goodies that help make this one of the deepest simulated aircraft currently available for the platform.

Pilots seeking more of a challenge can also take advantage of the included jamming simulation that can be activated manually, automatically or dynamically based on aircraft usage.

The current release build does not include EFB or a functioning weather radar, but PMDG plans to include these features in future free updates. Previously, regular updates were promised about every two weeks with bug fixing and more for a “Early Adoption” period. This early adopter period starts today and will last until after the 737-900 is released (currently slated for sometime in September 2022).

For those who want to buy it for Xbox or through the in-sim Marketplace, the 737-700 come at a much later date.

Want to see the official list of liveries? Check out this article.

Tell us in the comment section what your first flight will be.