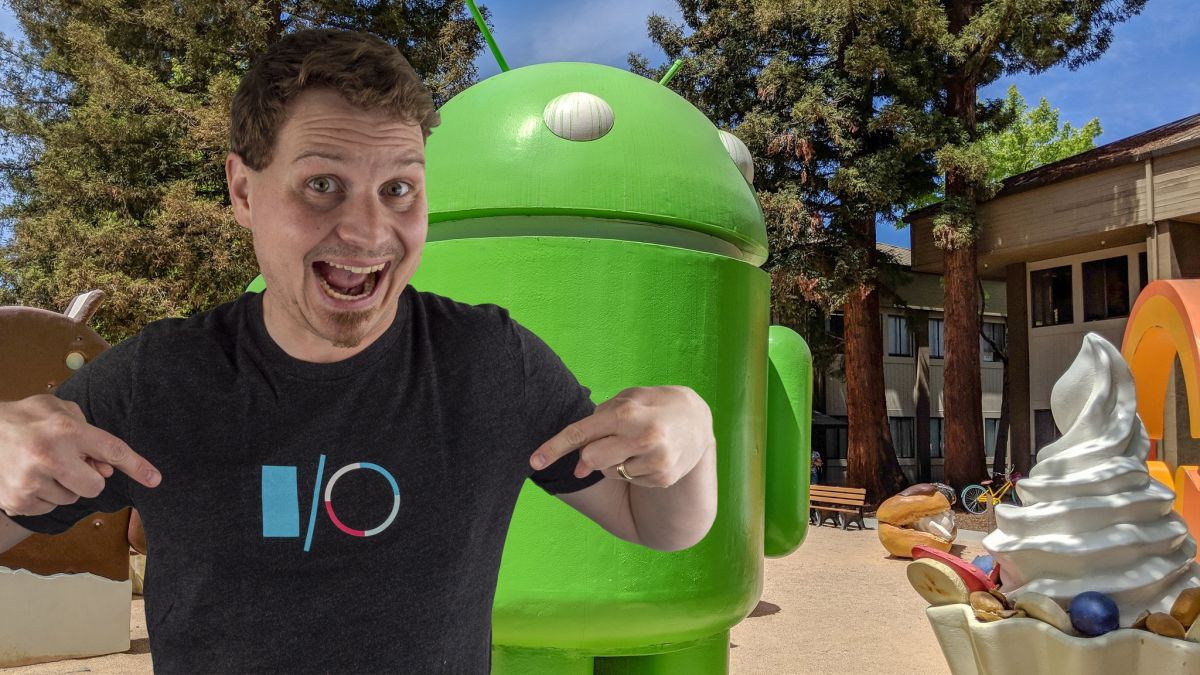 Google I/O could technically be Google’s annual developer conference – an event where developers can attend to learn how to best use what’s new in Google’s latest products and updates – but we also learned known as the event where great things are announced. Every year we usually have an idea of ​​what Google might announce and we can normally predict at least a big part of what’s to come.

Derrek’s what to expect from Google I/O 2022 is full of careful considerations and calculations based on information we know and what has been circulating for months. But here I’m throwing all caution to the wind, because there are a few things that I just… want to to see and it doesn’t matter how realistic my Google I/O 2022 wish list is. Will any of these be fulfilled? Could be! We will know on May 11th.

At this point, the Pixel watch seems anything but confirmed. We leaked the first images of a lifelike Pixel Watch two weeks ago, thanks to a reader who literally found it in a restaurant. There’s no telling if this is the watch’s final design, but it certainly matches the leaked renders and images we’ve seen of the watch for years. If what we’ve seen is final, I’ll call it now: The Pixel Watch is going to be the new best android smartwatch†

It also ties in nicely with the one-year anniversary of the announcement of Wear OS 3, the smartwatch operating system jointly developed by Samsung and Google to unify Android’s rather cluttered watch ecosystem. Google has a long history of having its products leaked, only to let those leaks fuel an “early” product announcement. This happened to the Pixel 4, Pixel 4a 5G, Pixel 5 and even the Pixel 6 and 6Pro. Conspiracy theories aside, I’d love to see Google follow the same steps with the Pixel Watch.

Wear OS 3 for everyone

When Google took us by surprise with a surprise announcement of Wear OS 3 at last year’s Google I/O, hardly anyone could have guessed it. a family of watches would have the update a whole year later: the Samsung Galaxy Watch 4 and Watch 4 Classic.

Although we can suspect the politics behind it hold back Wear OS 3the fact is that Google’s longtime partners – like Fossil and Mobvoi – deserve to get this update on their watches ASAP.

Here I am entering a far-flung – but not unreasonable – territory. Like the Pixel Watch, the Pixel fold is a rumored product that has reportedly been delayed for what feels like years. Google has made huge strides with the Pixel line since the announcement of the Pixel 6, and the Pixel Fold is easily the most exciting Pixel ever conceived.

As we get more and more rumors and leaks From the phone, it becomes clear that the Pixel Fold looks a lot more like an OPPO Find N notebook-style phone than the Galaxy Z Fold 3. I certainly wouldn’t expect Google to unveil the phone and give a good release date and price for it. , but I’d love to see Google officially work on foldable phone hardware.

Plus, with Android 12L‘s focus on tablets and foldable devices — and the fact that Google released the code to the public as early as its March update — now would be the perfect time to show off all those great new foldable features built into Android. Why not use this time to show off the fruits of your labor, Google?

The last piece of the Google hardware puzzle is rumours Project Iris AR/VR headset. Since this is just a recent revelation after years of Google seemingly dumping everything it’s ever worked on into the VR space, I certainly don’t think we’ll be seeing much in the way of hardware reveals. Project Iris is expected sometime in 2024, but the Google I/O 2022 schedule shows that Google is still very interested in talking about its AR projects and development.

In fact, the company just acquired Raxium, a company known for making AR/VR-centric microLED displays, showing Google’s interest in trying the right hardware again. The incredible success of the Oculus Quest 2 has proven that affordable standalone console-style headsets aren’t just viable; they are the future.

I/O will be a great show

My hopes and expectations may be a little high for the show, but it feels like this year could really be a blowout for Google. It’s finally got most of its Pixel hardware division under one roof, including a new acquisition that will give Google the ability to make its own displays sometime in the future. We know the Pixel Watch exists because we seen it, and we know that Google is working on a foldable and new AR/VR technology that has yet to be unveiled.

Whatever comes next, it’s going to be a great show and we’ll be (almost) there for coverage of the whole thing. Stay tuned for Android Central, starting May 11.